Below we will look, briefly, at his terrorist career of the German terrorist Johannes Weinrichand his relationship to the terrorist known as Carlos the Jackal. 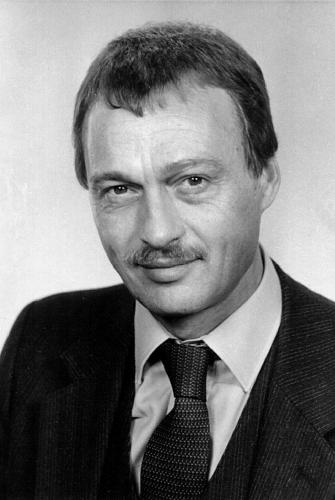 Johannes Weinrich was born in Brakel, Germany on July 21, 1947. His initiation into the world of terrorism began in Frankfurt within a circle of left-wing radicals that that congregated around the “Red Star” bookstore and publishing house. In the early 1970s, Weinrich was known for his role in initiating anti-Vietnam demonstrations for being part of the founding member of the Solidarity Committee with the Black Panther movement in the United States.

Over the years the media has misidentified Weinrich as being part of the core of the German terrorism group Red Army Faction. This is not so: he was part of another German terrorist group Revolutionary Cells (Revolutionäre Zelle — RZ. In Frankfurt, Weinrich then met Magdalena Kopp–the future girlfriend and later wife of Carlos. Weinrich left Frankfurt and opened his own bookstore near the university in Bochum, Germany, where he stayed for a few years.
It is not yet clear how and when Weinrich first met Carlos. His first act of international terrorism was in January 1975 when he rented and drove a Peugeot automobile using the name Fritz Mueller. This car was used in Carlos unsuccessful rocket attack on the Israeli El Al airliner at Orly airport outside Paris. Two months later Weinrich was arrested in Frankfurt, Germany for his participation in the rocket attack.
Red Army Faction (RAF) terrorists forcibly occupied the West German embassy in Stockholm, Sweden, on April 24, 1975, in a failed attempt to free “political prisoners”, i.e. fellow terrorists jailed in West Germany. Weinrich’s name was on the list of terrorists to be freed.
In November 1975, Weinrich’s health had deteriorated, and he was released from prison on bond to his family–Magdalena Kopp contributed one third of the money for the bond. Weinrich left West Germany and by 1977 he was a core member of Carlos’ group then called the Organization of the Armed Arab Struggle–Arm of the Arab Revolution.
By 1979, Weinrich, as “Steve,” was the right-hand man of Carlos and reportedly was responsible for the estimated 40 European members of the OAAS and for liaison with various East European and Cuban intelligence officers. Stasi files made available after the collapse of Communism in East Germany contain this February 1981 show the close relationship between Carlos and Weinrich: “Weinrich is a former member of the Revolutionary Cells in the Federal Republic of Germany, and his responsibility in Carlos’ group is to direct the group’s activities in Europe. He is one of the people who can partly influence Carlos.
After the bombing of RFE/RL, the Carlos group had financial problems. Weinrich told Carlos in one letter that his financial situation was so critical that he seriously considered asking his parents in Germany for a loan of 50.000 to 100,000 DM.
On May 31, 1983, Weinrich flew from Bucharest to East Berlin using a Syrian diplomatic pass with the name Heinrich Schneider. Reportedly, his baggage was searched and 24.3 kilograms (50 pounds) of the Romanian plastic explosive Netropinta were found. A computer check of Weinrich showed his connection to the Carlos group. A Stasi officer came to the airport and released Weinrich, but not the explosives. For the next weeks, Weinrich unsuccessfully tried to get Stasi to release the explosives. He stayed at the Intercontinental Hotel in East Berlin until June 10, 1983, when he flew back to Bucharest; it is not know when he returned to East Berlin.
The plastic explosives stayed under the control of Stasi officer Helmut Voigt of Department XXII, who as Helmut was the Stasi contact man for the Carlos Group. Even though papers found on Weinrich in May indicated an attack was planned on the French Consulate and Cultural Center in West Berlin, after months of further discussion between Voigt and Weinrich, the expl
osives were released to Weinrich on August 16, 1983. He in turn gave them to Nabil Shritah (Charitah), the Third Secretary of the Syrian Embassy for safekeeping. A week later, Weinrich went to the Embassy and retrieved the explosives.
The explosives were then carried to West Berlin in a car driven by Abul Hakam, the Arab-nations contact man of Carlos’ Group. In West Berlin, he met a Lebanese member Carlos Group named Ahmad el-Sibai.  El-Sibai placed the explosive in a building next to the French Cultural Center (Maison de France) and on August 25, 1983, at 11:50 AM, the bomb went off. Damage was estimated to be in excess of 2.5 million DM, one person was killed and over 20 were injured. Abul Hakam flew to Budapest and El-Sibai flew to Damascus the next day. 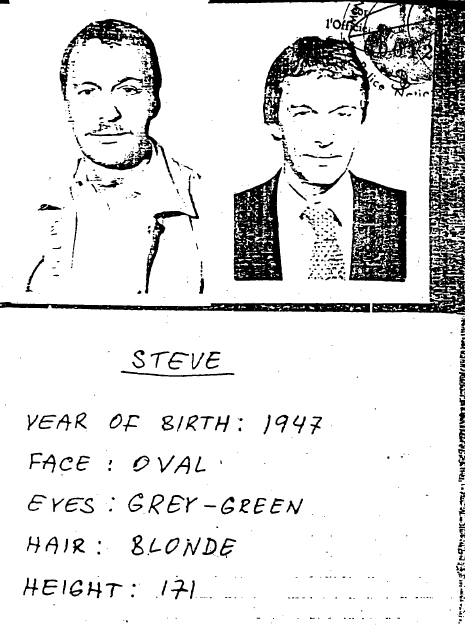 Weinrich understood the importance of the Carlos Myth in their Theater of Terrorism. At one point, the Stasi asked Weinrich for the whereabouts of Carlos. He told Carlos, “They do think you are in Bucharest … My reply was, we are everywhere and nowhere in the same time, one can find us only in the underground.”
In 1994, Helmut Voigt was sentenced to 4-years imprisonment for his involvement in the bombing of the French Cultural Center. The verdict was the first time that a former Stasi agent was found guilty of committing a crime as part of his official duties. Nabil Shritah testified against Voigt
Financial problems also continued to haunt Carlos in August 1983. From Damascas, Syria, on August 19, 1983, he wrote a letter to Weinrich, which read, in part:
Dearest Steve:
First of all I want to inform you of the latest news: today I phoned Lybia, spoke to Salem, when I told him that I wanted to travel there, he told me that on monday he is traveling to Damascus and that we can meet here. I will use the French intervention in Chad as a pretext to restart cooperation. I have not waitied any longer because all my money is finished with Feisals’s trip (he takes $2000 for you and $500 reserve).There is left only the $15,000 dollars reserve.
Get from Bucharest all the papers and photgraphs regarding the old Jewish woman in Rome whom you phoned once. I think we should engage ourselves in this affair next month after her return from holidays. Convince Tina and Kai to prepare it and if possible to execute it. If needed, either Feisal or Farig will go as well. Please remember that this is a one million dollars business!
Tina was the code name for Wihelmine Götting — she was also known as Julia, Lina and Martine. Kai was Gerd Albartus. Both had belonged to the German terrorist group Revolutionary Cells.

Gerd Albatus
Reportedly, Albartus wanted out of the group and in December 1987 he flew to Damascus, where he was put on trial as a “traitor” by Carlos and the group, sentenced to death and killed.
Weinrich remained in East Berlin for one day and then flew to Belgrade, Yugoslavia. While there he wrote a 27-page letter using the name Peter on August 29, 1983, in English to Carlos (using the name Michel).
Here is how he described the bombing of the French Cultural Center:
Dearest Michel
1) OPERATION BERLIN
Regarding Helmet, it is clear that we could trick them, mainly on behalf solidarious help given by Nabil. By the way: he knows about the Operation but as he told and suggested me, not officially … Because he gave me the hand in keeping explosives without informing the Ambassador, who was absent, but came back before the Operation. So officially Nabil doesn’t know about the Operation, only the fact that I brought a bag and took it later.
Helmet was always warning us, not to have an operation in West  going directly from East and returning.  We always denied and kept the cover of only transporting the bag to the West. They seemed to me on Friday — last meeting with them — not to be sure, if we have done it or the ASALA.  And I kept the story: telling them in a way that ASALA never claimed an operation, if not carried out by them.
The Operation itself had bigger impact than I’ve expected.  I sent you the pictures for showing to Omar — if you want — , but please send them back
by next occasion.”
And a big kiss for you.
Yours Peter
ASALA was the terrorist group Armenian Secret Army for the Liberation of Armenia.
In the 1990s, according to reliable sources, Weinrich proudly drove a Mercedes in Damascus and had it repaired regularly at the Mercedes dealership. He regularly attended parties given by prominent German citizens in Damascus.
Johannes Weinrich was arrested in a suburb of Aden, Yemen and extradited in June 1995 to Germany. Even the details of Weinrich’s arrest were shrouded in a “myth.”  One Yemeni official said he had been arrested “several months after the end of the civil war in Yemen in July 1994.” He was using a Somali passport identifying him as John Saleh. He also had a passport in the name Peter Smith. German authorities, on the other hand, said he had been arrested on June 1, 1995, after a long German-led investigation.
The trial of Johannes Weinrich began in Berlin Wednesday, February 28, 1996 for the bombing of the French Cultural Center in Berlin. He was found guilty and sentenced to life imprisonment for the attack on the French Cultural Center.
In March 2003, the trial of Johannes Weinrich for his role in the bombing of RFE/RL began in Berlin. Magdalena Kopp, called as a state witness, refused to testify. However, in her various sworn statements to German prosecutors before the trial, she clearly identified Romanian intelligence involvement in the bombing of RFE/RL and confirmed that Carlos was praised in Bucharest after the bombing. She said that she was given the task of going to Bucharest in January 1980 to set up the relationship between the Romanian “secret police” and Carlos. She added that the Group received weapons and explosives, part of which went to the ETA. Because of her apparent cooperation with the German Prosecutor’s Office, her legal status changed from “suspect” to “witness” in the bombing of RFE/RL. The presiding judge decided not to continue the trial for the bombing as Weinrich was already serving a life sentence.
For more information:
Appendix D of my book Cold War Radio has the full text of the August 19, 1983, Carlos letter to Weinrich and Appendix F is the full text of the August 29, 1983, letter from Weinrich to Carlos.
In German, Fritz Schmaldienst and Klaus –Dieter Matschke, Carlos-Komplize Weinrich: Die internationale Karriere eines deutschen Top-T
erroristen, Eichborn Verlag, 1995. 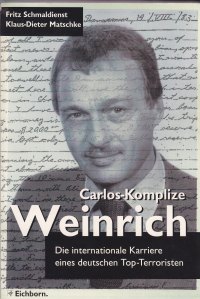 Quelle: Richard H. Cummings, Cold War Radios, NOVEMBER 27, 2010
In Preparing for the Munich Tango, we read about Johannes Weinrich and Bruno Breguet and their involvement in the “Carlos” bombing of Radio Free Europe/Radio Liberty on February 21, 1981. I already outlined the terrorist career of Johannes Weinrich; below we will briefly look at that of Bruno Brequet.